By: IHEARTCOMIX
Share
Category
Tracks of the Week
Playlists

No Joy‘s new album “More Faithful” entered my life at a crucial moment. I had skipped high school the past week following my birthday, for what a traumatic birthday it had been: my girlfriend had dumped me *on my birthday*. The album became the perfect backdrop to my melodrama, and as such, my life became like a Micheal Cera movie in which the indie soundtrack playfully interchanges with the awkwardness of young love.

Let me back up.

I, the socially hapless but well-meaning indie protagonist, and my ex, the spoiled and profoundly vapid antagonist of both the story and my heart, had finally parted ways. The singer and guitarist of my band, two obviously but not crudely stereotypical gay guys, convinced me to get off my wallowing ass and play our show at some bar in Manhattan, insisting that listening to No Joy’s new album and getting off the couch would help me out of my despair. No way these two quirky misfits are going to fall in love!

As we cruised to NYC, I critically assessed the album: it’s lo-fi, shoegaze aesthetic presented a simple frame to what was actually pretty harmonically rich, melodically complicated material. Under the guise of a punk simplicity, these girls were shredding less than the opening track “Remember Nothing” would suggest and more serenading us with vocal harmonies that twist and swirl with the fuzzed out feedback that echoes throughout the album.

And really, isn’t that what teenage romance is? Sincerely passionate on the inside, but out of place and odd on the outside? 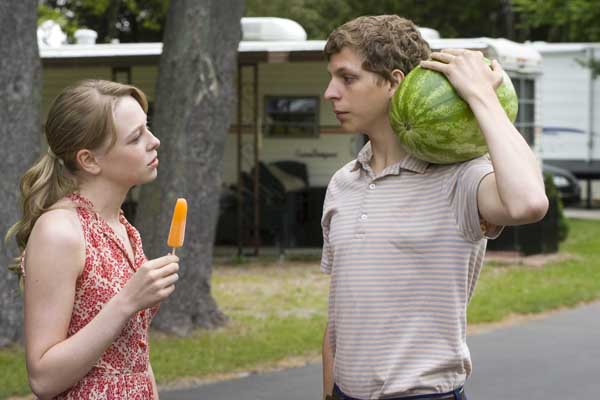 This is how No Joy makes me feel

It is. So, when I finally meet the love interest of the Micheal Cera film that is my life,  No Joy provides me with the perfect backdrop for me to move on from my teenage heartbreak. “More Faithful” embodies the romantic element of shoegaze really empathizes with the genre’s ironic counter-intention to punk. Not all music needs to be angry, even when I am because my sweet Lolita disagrees with my opinion of Rush, and this track just hits me over the face with that realization. 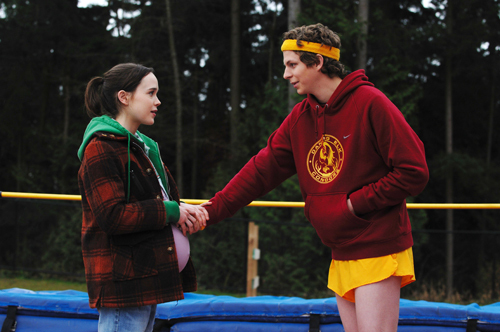 While I fumble and mumble my way through Act 2 of my Cera-tinged reality it becomes clear that the main obstacle of the story is that I must move on from my past. Fitting that No Joy’s album also struggles with the past (killer segue).

As Michael Cera, I can relate to that: everything I do is so forced and awkward that people wonder “Isn’t this from a bygone era, and irrelevant now? Being awkward is so 2007.”

As “More Faithful” winds into it’s much stronger second half with tracks like “Chalk Snake” and “I Am an Eye Machine,” it becomes clear to our ears that, despite an initial resemblance to familiar sounds, this is something new for the band. The garage rock aesthetic isn’t a trope that the band employs to fit into an existing musical conversation, but an embrace of the truly punk idea that not all the best things have to be pretty. The embodiment of the punk aesthetic

Finally, set to a New York sunrise or some shit, we get past the climax of the story and are left with a few summarizing lines as my impregnated teen lover and I hold hands right before the credits roll. I turn to my new love interest moments before we presumably ride scooters into the sunset and I whisper to her: “I think the No Joy album is a truly striking piece of art. It’s unpolished exterior only accentuates the hauntingly beautiful vocals, reminding the listener that sometimes the best things come as a surprise.”

She smiles that same coy smile that won my heart on page 15, and concludes: “Thank God they’re playing at Los Globos next Tuesday, June 16 with openers Cold Showers and Roses. I’m going to go buy tickets.“